Purple Afghan Kush is Dinafem Seeds' most impressive and mysterious Indica marijuana seed. Born from the cross of two Kush giants, Purple Kush and Bubba Kush, the latter deriving from our Pre'98 Bubba Kush clone, she surprisingly doesn't smell or taste of Kush. Our PAK smells of freshly-cut pineapple. Apart from fast-flowering and suitable for small spaces, this plant with soothing properties is by far the most beautiful and fragrant of the entire garden.

1st prize in the 'Outdoor' category at Cannaris Cup 2017 (Lanzarote)
3rd prize in the 'Indica' category at Copa Cannazores 2016
1st prize in the 'Indica' category at Expogrow 2015
2nd prize at Copa Mega Cata Invernal MF 2015
3rd prize in the 'Indoor Bio' category at Spannabis 2015 (Malaga)
Morphology
Purple Afghan Kush is a true Indica. We could start by describing her appearance to know what to expect when germinating her. We will do it later, though, right after telling you what really matters: she's the most beautiful and mysterious marijuana plant we’ve ever seen. No question about that. Her wide leaves fall wavy from the buds as if caressing the flowers they’re covering. While low leaves stay dark-green during the flowering, the top ones acquire beautiful purple, almost black, hues that make her look surprisingly mysterious and elegant.

Her compact, bushy and mid-sized structure with short branches is perfect for growing in small spaces, but don’t become overconfident because she’s far from discreet. In fact, she’s striking and quickly becomes the queen of the garden. Even if a slim and super-tall Original Amnesia is next to her, our eyes would go straight to the short and fat plant first.

Yield
Purple Afghan Kush delivers incredibly dense and highly resinous buds, in a ratio of 500 g/m2. The amount of resin produced by this strain is also remarkable and of outstanding quality. In fact, as the flowering progresses, all leaves and buds are covered by a thick layer of sticky trichomes. Like this, PAK takes on a majestic white/silvery appearance that contrasts marvellously with her beautiful blue, purple and lavender hues.

Aromas and flavours
After her natural beauty, this is the most surprising and rewarding feature of Purple Afghan Kush. Smelling so fresh and so fruity, we’d feel as if we were holding a pineapple and we sliced it. That’s precisely the scent that PAK gives off. Despite the earthy and spicy aroma of her Kush predecessors, this Afghan strain smells of a tropical cocktail.

Effects
Purple Afghan Kush provides a very nice sensation of relaxation. Her high THC levels don’t provoke an unbearably cerebral effect but they do help alleviate muscle tension. You’re sure to go through a long-lasting physical and cerebral period of peace which is nowhere near mind-blowing. Widely used as therapeutic marijuana.

Cultivation
Purple Afghan Kush is easy to grow. She’s capable of withstanding extremely hot and dry weather conditions without any difficulties. The amount of irrigation water, but not the frequency of the irrigation sessions, should be reduced by 10 % compared to other cannabis plants. Let’s remember that, despite her tropical scent, Purple Afghan Kush has been raised in the Hindu Kush mountains, which is why she can thrive in dry, extreme climates.

However, there is one aspect we have to be very careful with: the vegetative time. Her being so short makes it necessary for her growth period to be a bit longer than usual, so extending it some 20 extra days before the flowering is highly advisable. This means we should wait about a month and a half before the visual show starts, that is, before the 60-day flowering kicks off. 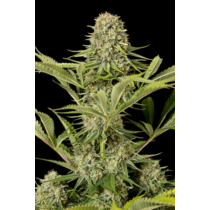 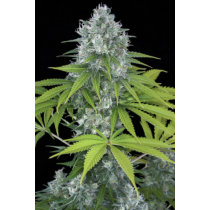 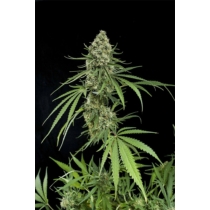 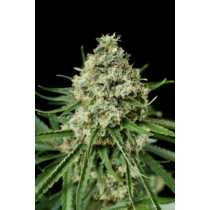 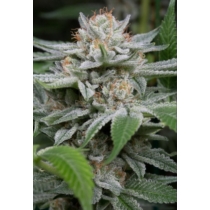 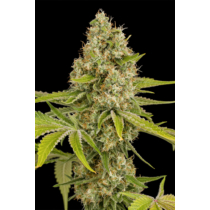